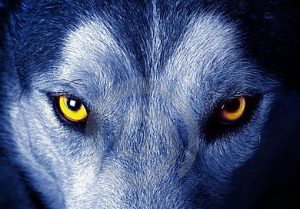 On Ederachillis’ shore
The grey wolf lies in wait –
Woe to the broken door,
Woe to the loosened gate,
And the groping wretch whom sleety fogs
On the trackless moor belate.

The Book of Highland Minstrelsy, 1846

Wolves lived in the Scottish Highlands for centuries after they were extinct in the rest of mainland Britain. There are reports of sightings in Scotland as late as the 18th Century, 300 years after the last wolf was seen in England.  As the folk-ballads contained in The Book of Highland Minstrelsy suggest, wolves were greatly feared in the Highlands, both as a threat to travellers and as a risk to grave-sites; tales of wolves digging up the dead were so prevalent that island burial was highly favoured in the region. 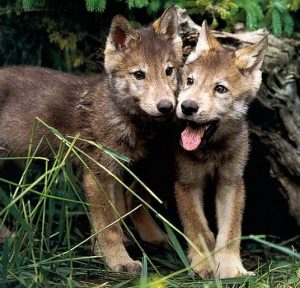 Experts now believe that these tales have been greatly exaggerated, and wolves present no real danger to humans. There have been several bids to have wolves reintroduced to the Scottish Highlands, although to date none of these plans has gone ahead.