Unlike most end-of-the-world legends, the Viking Apocalypse was believed to begin with ice. Ragnarok – the ‘Doom of the Gods’ – begins with a terrible winter, before the final battle and the firestorm that eventually destroys the world. 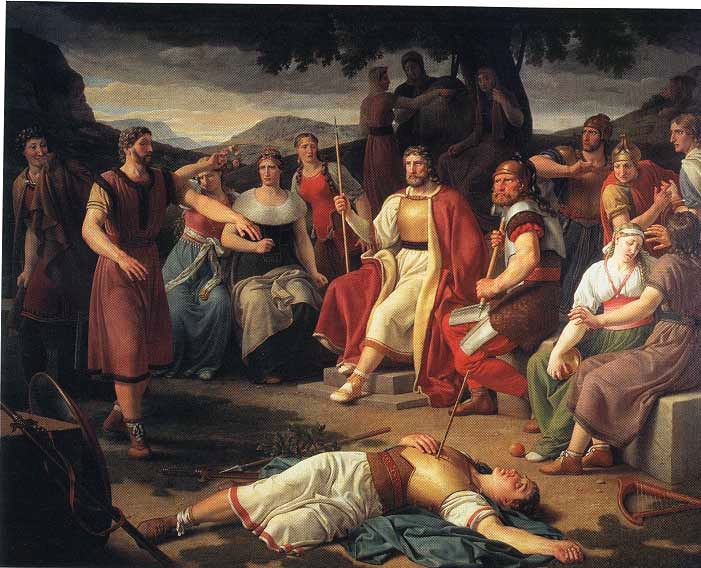 The cataclysm originates in the early days of the world with the murder of Balder, the beautiful and beloved god of light, by Loki. In punishment, Loki is bound in a cave until the end of time.

Ragnarok is preceded by several years of war and sexual immorality, in which fathers kill sons, mothers seduce their children and brothers bed with sisters. Then comes three years of Fimbul-winter: an unnatural and harsh winter unbroken by summer. 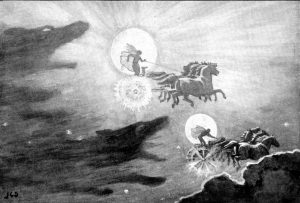 Ragnarok proper begins with the destruction of the sun, moon and stars, which are devoured by giant wolves. Loki breaks free of his bonds, and the dead return from the Underworld and from Valhalla. Tidal waves sweep across the land as the great serpent Jormungand rises from the sea. Jormungand and the great wolf Fenrir begin to destroy the earth. 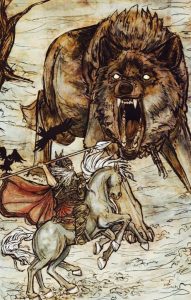 After the destruction, a new world rises out of the ocean. It is a paradise, beautiful and fertile. A new sun and moon appear in the sky. Balder returns, with his brother and other benevolent gods. Lif and Lifthrasir have children, and a new human race is born. Gods and men live peacefully together in halls of gold, and a new Golden Age begins. 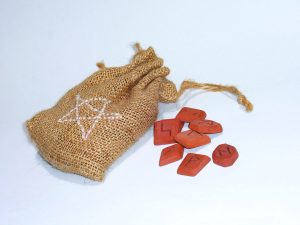 Today runes are used as a means of fortune-telling. Each rune will be carved onto an individual stone, piece of wood or plastic. All the runes are placed in a bag, and then a few – typically three – are picked out at random. The fortune-teller then makes a prediction or answers a question based on the meanings of the runes selected. 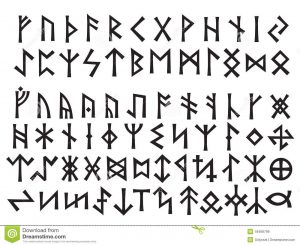 The alphabet most commonly used is the Scandinavian Elder Furthark.