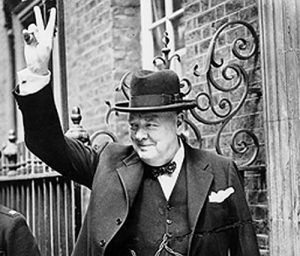 Sir Winston Leonard Spencer-Churchill, KG, OM, CH, TD, PC, DL, FRS, RA (30 November 1874 – 24 January 1965) was a British statesman who was the Prime Minister of the United Kingdom from 1940 to 1945 and again from 1951 to 1955. Churchill was also an officer in the British Army, a historian, a writer (as Winston S. Churchill), and an artist. He won the Nobel Prize in Literature, and was the first person to be made an honorary citizen of the United States.

Churchill had a strong interest in the occult, magic, myths and legends.  He was a long-standing member of the British Ancient Order of Druids.  According to the occultist Aleister Crowley, his famous ‘V for Victory’ salute was a mystical symbol designed to counteract Hitler’s swastika. 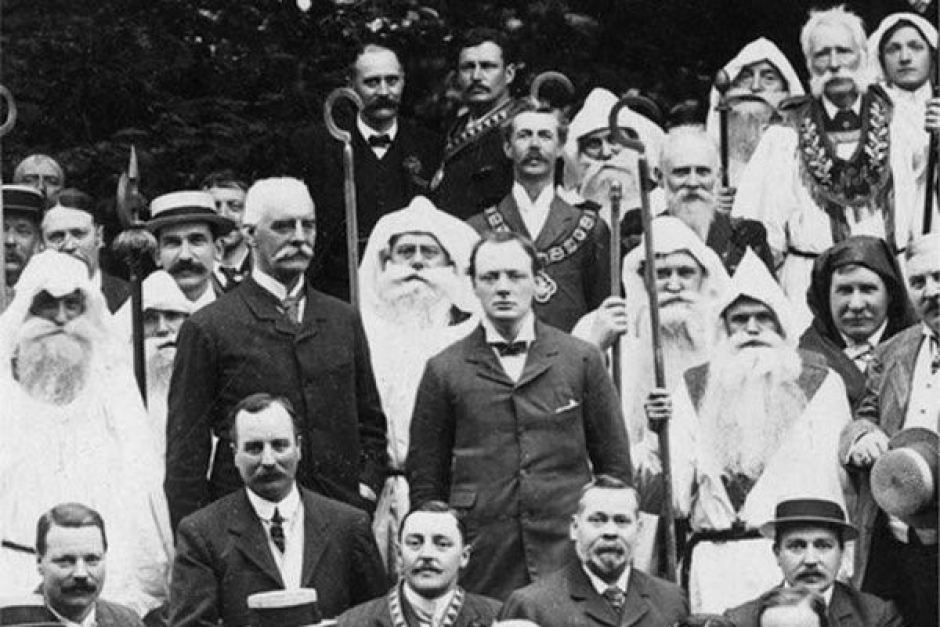 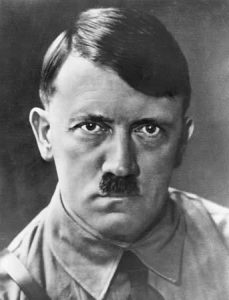 Adolf Hitler (20 April 1889 – 30 April 1945) was a German politician who was the leader of the Nazi Party, Chancellor of Germany from 1933 to 1945, and Fuhrer (“leader”) of Nazi Germany from 1934 to 1945. As dictator of Nazi Germany, he initiated World War II in Europe with the invasion of Poland in September 1939 and was the driving force behind the Holocaust.  He committed suicide in 1945, along with his long-time mistress and new wife Eva Braun, rather than be captured by victorious Allied forces. 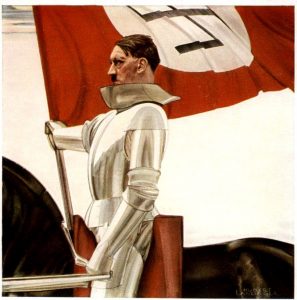 Hitler, like almost all the top Nazis, had a great interest in magic and mysticism.  Under his direction, Nazi research teams scoured the world looking for magical artefacts and sources of psychic power.  He felt a spiritual connection to relics like the Spear of Destiny, and claimed he was divinely inspired to lead the Germanic people to world dominance. 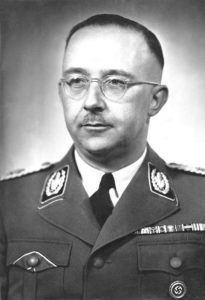 Heinrich Luitpold Himmler (7 October 1900 – 23 May 1945) was Reichsführer of the Schutzstaffel (SS), and a leading member of the Nazi Party.  Adolf Hitler briefly appointed him a military commander and later Commander of the Replacement (Home) Army and General Plenipotentiary for the administration of the entire Third Reich (Generalbevollmächtigter für die Verwaltung). Himmler was one of the most powerful men in Nazi Germany, and one of those most directly responsible for the Holocaust. He was captured by the Allies in 1945 and committed suicide shortly afterwards. 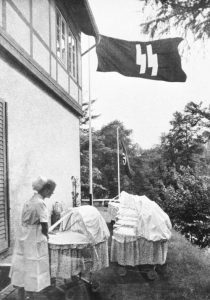 Of all the Nazis, Himmler held the strongest belief in magic and the occult.   He believed Germanic people were ‘Aryans’, a superior master-race chosen by God and gifted with natural magical powers; he established an Aryan breeding program, ‘Lebensborn’, in which SS officers were encouraged to have children with women considered racially ‘pure’.  He regarded his SS troops as divine warriors, and established a cult centre in the Wewelsburg Castle, which he saw as the new Jerusalem of the Nazi religion (see The Few: Myth and Magic – Wewelsburg Castle ).

The Ministry of Ungentlemanly Warfare 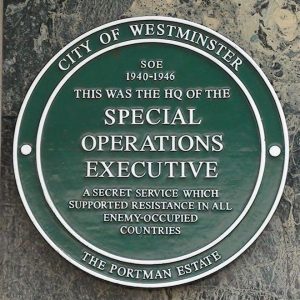 The Special Operations Executive was a secret British wartime organisation dedicated to fighting by a variety of covert or unorthodox means.  Its main focus was resistance work behind enemy lines.  Also known as ‘Churchill’s Secret Army’, the SOE had agents in almost all Fascist-occupied countries, co-ordinating resistance, espionage and sabotage.  Its secretive and therefore ‘dishonourable’ nature offended the sensibilities of some old-guard military leaders, and so it earned the nickname ‘Ministry of Ungentlemanly Warfare’.  Its officers included actor Christopher Lee, who served in sabotage units in occupied Norway and Eastern Europe. 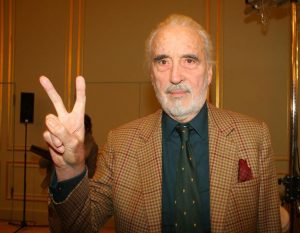 The SOE was dissolved in January 1946.  A memorial plaque for its agents was unveiled close to Lambeth Palace in London in 2009.